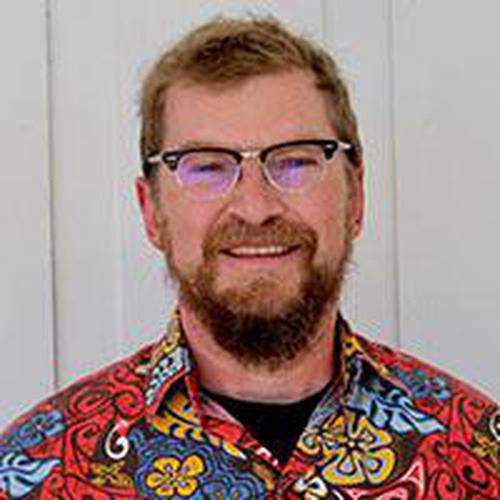 Events covered by this presenter

The Conduit: A Gamified Classroom Experience for Teens on the Autism Spectrum

Have you got yours yet?

Our All-Access Passes are a must if you want to get the most out of this event.

Greg Macke began teaching at Victory Academy in the spring of 2018. He earned his BA from St. John’s College in Santa Fe, New Mexico, and has a MS in Behavior Analysis and Therapy from SIU in Carbondale, Illinois. He is also a BCBA (Board Certified Behavior Analyst).

Greg taught English for nearly five years in Korea and Japan before moving to the Big Island with his wife, Kumiko, in 2005 where their son, Ewan, was born. They then moved to O’ahu for the birth of their daughter where Greg had accepted a position at ‘Iolani School in Honolulu. While in Hawai’i, Greg taught Honors British Literature, Honors World Literature, Honors American Literature and Philosophical Literature. His son’s autism diagnosis led him to ABA and Victory Academy.

Working at Victory Academy allows Greg to use his experiences as a parent of a child on the autism spectrum and as a BCBA, as well as his past experience as a teacher and as a support coordinator for county services in Missouri. Additionally, he also worked for Easterseals Midwest. Every day at Victory Academy is a joy and a wonder.

Greg’s free time is spent with his family going to the coast and/or mountains, hiking, and camping, but he still tries to find time for music, movies, baseball, philosophy, and graphic novels. He also has a great interest in RFT (Relational Frame Theory) and ACT (Acceptance and Commitment Therapy).

We use cookies This website (and some of its third-party tools) use cookies. These are important as they allow us to deliver an exceptional experience whilst browsing the site.