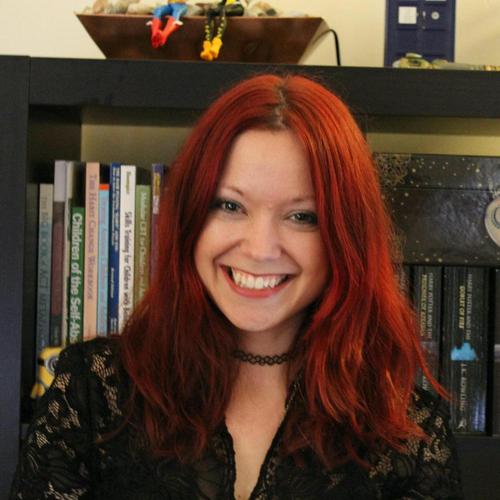 Events covered by this presenter

Theoretical Orientation is Your Superpower

Dr. Janina Scarlet is a Licensed Clinical Psychologist, author, TEDx speaker, and a full-time geek. A Ukrainian-born refugee, she survived Chernobyl radiation and persecution. She immigrated to the United States at the age of 12 with her family and later, inspired by the X-Men, developed Superhero Therapy to help patients with anxiety, depression, and PTSD. Dr. Scarlet is the recipient of the Eleanor Roosevelt Human Rights Award by the United Nations Association for her work on Superhero Therapy. Her work has been featured on Yahoo, BBC, NPR, Sunday Times, CNN, CW, ABC, The New York Times, Forbes, the Nerdist, BuzzFeed, and many other outlets. She was also portrayed as a comic book character in Gail Simone’s Seven Days graphic novel. Dr. Scarlet currently works at the Center for Stress and Anxiety Management in San Diego. She authored Superhero Therapy, Harry Potter Therapy, Therapy Quest, Dark Agents, Super-Women, Supernatural Therapy, Super-Survivors, as well as numerous contributions to Star Wars Psychology, Star Trek Psychology, Wonder Woman Psychology, Supernatural Psychology and many other books.

We use cookies This website (and some of its third-party tools) use cookies. These are important as they allow us to deliver an exceptional experience whilst browsing the site.